A British National, Matt joined the AGS Family on the 18th of August in Hong Kong for his induction and training. He will officially take over the reins of the Jakarta branch in September 2014. 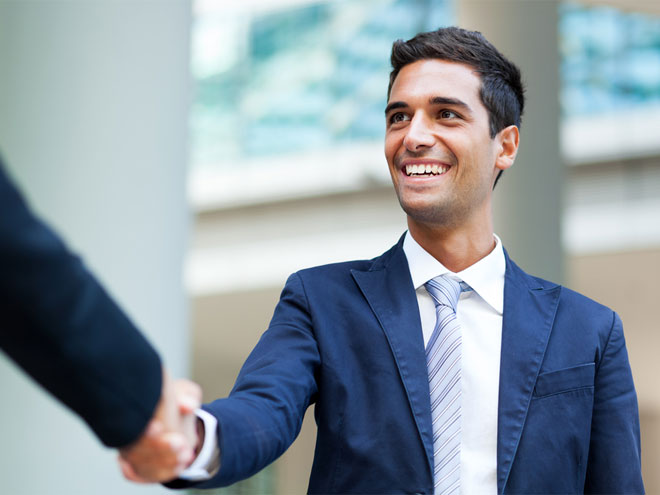 A British National, Matt joined the AGS Family on the 18th of August in Hong Kong for his induction and training.  He will officially take over the reins of the Jakarta branch in September 2014. Matt holds a Diploma in Business and Finance from the London Met University and started his career in 1993 as Sales Manager for Crown Worldwide in Hong Kong.

He subsequently joined the Allied Pickfords Group in 1996 as Franchise Manager in Bangkok and Country Manager in Hong Kong. In 2004, he founded – and was Managing Director for – Relocasia in Hong Kong, before becoming the Chief Executive Officer of Writer Relocasia (South-East Asia) in 2011.

After a sabbatical period, during which he resided in Thailand, Matt is now keen to embark on the next stage in his career and to play a part in the further advancement of the AGS Group in Asia, having observed the explosive growth of the group over the past 10 years.

Matt is married to Sandrine (an ex-Parisian) and they have two children – Louis and Théa.

Avid explorers, him and his family enjoy experiencing new places and cultures and are especially looking forward to go out during weekends to surf some of the best waves in the world that is offered in Indonesia. Matt is also a qualified Football Coach with the English Football Association.

We wish to welcome Matt to the group and we also wish both him and Steve all the best in their new postings.

A 1998 graduate of the NEGOCIA Business School, Raphaël Baptista started his professional career as an International Business Volunteer at AGS Movers Mozambique. At the end of this assignment, Raphaël returned to France where he used the skills he had acquired to work as a branch manager for Warning SA for 2 years, before returning to the Group as the manager for AGS Movers Botswana in 2005.

Between 2006 and 2010, Raphaël was given new responsibilities and a new challenge with a position as Project Manager for the MOBILITAS Group’s New Activities. Raphaël was then involved in the launch of a new activity (records management) and in the creation of a secure self-storage brand that would become Stockerseul.

He took over as AGS Movers Mozambique Branch Manager in 2010 and his drive and involvement within the Group helped him be nominated as one of the Group’s best Branch Manager.

With a strong background in records management, in self-storage, in removals and in relocation, Raphaël wanted to evolve and was entrusted with the management of AGS Movers Angola as of 1 September 2014.

With dual French and Portuguese nationality, Gilles de Matos naturally worked towards an international career. Gilles is fluent in 4 languages (Portuguese, French, English and Spanish). After graduating with a Master in Science and Technology in international trade, Gilles started his professional career in Africa at the French Trade Commission in Maputo, Mozambique. After this two-year professional experience, he wanted to give his career a new impetus and joined the AGS Group in early January 2005. His first role within the Group was that of a trainee Branch Manager; he was trained first in Portugal, then in Luanda, Angola; a decision was then made to give him the management of AGS Movers Angola in July 2007.

Since then, he displayed great capabilities in his role and was repeatedly one of the winners of the Best Branch Managers Annual Competitions.

After 7 years at the head of AGS Movers Angola, Gilles let us know that he was ready for new challenges. He is now taking over as Branch Manager for AGS Movers Mozambique as of 1 September 2014.

Gilles De Matos is married and the proud father of 4 children – 2 boys and 2 girls.

After obtaining a Master in Management with a semester overseas spent in the Philippines, Albéric de Colnet joined the AGS Group in 2011 as an International Business Volunteer. After 2 years as an IBV at AGS Movers Cameroon – Douala, he wished to keep going with the AGS adventure and was aiming to become Branch Manager. In the space of one year, Albéric finished his training by becoming Trainee Manager. This gave him a chance to show his motivation and his sales and managerial capabilities in the four African branches where he worked: Cameroon, Chad, Kenya and Sudan. Albéric was sent to Lubumbashi in the DRC on 24 June 2014. Following Alain Yves’ departure, the management of AGS Movers Lubumbashi was entrusted to Albéric de Colnet.