We honour the memories of three charismatic entrepreneurs and FRIENDS of our industry and thank them for their guidance. 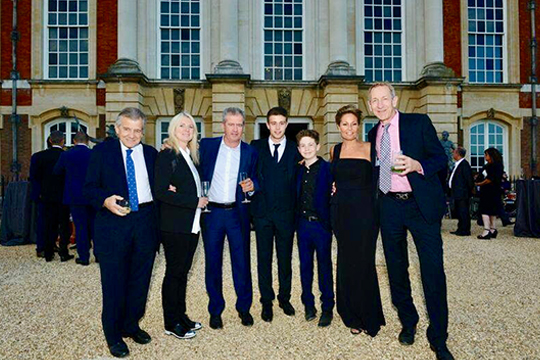 The global mobility community has felt a profound sense of loss in these last months as we have mourned the passing of three much-loved industry figures.

We pay our respects to the family of the charming Englishman Paul Evans, chairman of the AGM Group. Paul was a partner and friend of Alain Taïeb, my uncle and chairman of the MOBILITAS Supervisory Board.

“In his later years, Paul was best known as the chairman of the AGM Group, but veterans of the sector like myself got to know – and respect – him long before. I first met Paul in the 1980s. He struck me as a formidable competitor – and in the years that followed, he proved himself to be just that – but I also got to know him as a personal friend, a charming visionary, a sympathetic man with a generous heart. Since hearing of his passing, the members of our staff who knew Paul have shared with me their memories of him. It is clear that they, too, held him in high regard, both as a captain of industry and as a person. I can confidently say that he will be sorely missed by all who knew him. “

Earlier this month we learned of the passing of Mario Martínez Valdivia, another well-known and respected personality of the international moving industry. As the former AGS Group Director of Partner relations, my mother Joëlle Castro knew Mario well and remembers him as a warm and welcoming gentleman.

“Mario was a great man in our industry. I recall the convention in Peru where we met. His wife Yvonne was there, they were a very caring couple. It was always a great pleasure to see them. When he was president of LACMA, he succeeded in changing some very deep-rooted habits and in modernising the sector. His company Security International Moving is a great success story. He was a visionary man and our groups have always had strong common values.”

In her role, she also had close ties with Wladimir Alavares de Mello, owner and president of Metropolitan Transports. She has fond recollections of the man who is viewed by many as a pioneer of the South American mobility sector.

“I have an unforgettable memory of a trip to Brazil where I visited him about ten years ago. Wladimir showed me around his company, Metropolitan Transports, where we spent the entire day talking about the industry and its developments. His group was already very impressive at the time. He was a man with a heart of gold, gallant and with an uncommon finesse. He had succeeded in building an empire in Brazil and was the forerunner in the relocation, international removals and logistics industries. I shall always remember this day spent with him, goodbye my dear friend Wladimir.”

There are many ways to understand the word family. Today we honour the lives of these men, members of our international mobility FAMILY. Each was remarkable in his own right, each leaves a pair of shoes that will be difficult to fill.

To their wives and children, I send my deepest condolences. To those of you who knew these men personally, may their memory be a blessing.

Featured image: Paul Evans (left) pictured here with my uncle Alain Taïeb and his family (centre), and Mark Oakeshott (right) on the occasion of my cousin Yoshua Taïeb’s bar mitzvah.