Moving to France: Where will your kids go to school?

If you’re wondering where your children will go to school in France, read on for a better understanding of the French education system. 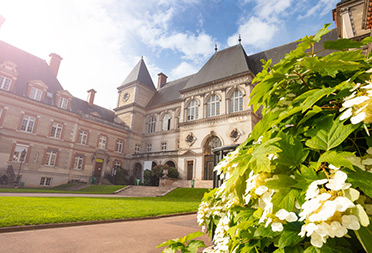 The British weather has finally got the better of you and you’ve decided to take the plunge and move the family to France to live the French dream. The sun-drenched beaches of the Cote d’Azur and the snow-capped mountains of the ski resorts in the Alps await. You have a job, somewhere to live, and you’ve learnt a bit of the language. But where will the kids go to school?

Read on to find out the basics of the French education system, how it compares to the British system, and what the options are for British expats if your children’s French isn’t fluent (yet!).

How does the education system work in France?

It is compulsory for children in France to attend school between the ages of 3 and 16.

Beyond the age of 18, students can choose to study at one of France’s state funded or private universities, or at privately funded higher education establishments, such as business or engineering schools or those specialising in training for specific careers, such as journalism.

What options are there for expats?

Expats moving from England have three main options. Firstly, children can join the French state education system where teaching is in French. State education is free in France, and if your children already speak French, or are young enough to learn, and you’re planning on moving to France for the long-haul, this can be a great option and your children will receive an excellent standard of education. The French state system also offers a programme specifically to help non-French speakers to integrate into the school system.

France also has French-speaking private schools. And as is the case in most European countries, many of them offer a religious element to the curriculum. Early application (up to a year in advance) is advisable as it can be very difficult to get a place.

The third option is to enrol your children into a fee-paying international school. France’s big cities, including Paris, Lyon and Nice to name a few, have an excellent selection of bilingual or foreign-language schools. Those offering a purely British curriculum (such as the British School of Paris in Croissy-sur-Seine) are fully fee paying. These can be very expensive, but may be the best option if your children are older and don’t speak French or if your stay in France is temporary.

However, many of the international bilingual schools operate ‘sous-contrat’ (under contract), meaning that they provide education in line with the French state curriculum. In addition, they offer a private element that makes up the international curriculum. This part is taught in English (or another language), and fees for these schools are much more affordable as you only pay privately for the international element. There are plenty of these bilingual schools in and around France’s larger cities, such as L’Ermitage International School in Maisons-Laffitte in the western suburbs of Paris. Children may, however, find it harder to integrate if they are older, as a good level of French is required to be able to keep up with the French side of the curriculum.

Those that are lucky enough to live close to one of France’s ‘Lycées Internationales’, such as the Lycée Internationale in Saint-Germain-en-Laye, can attend one of France’s unique, state-funded international schools. For a small financial contribution, your children can study in the British Section (or the German, Italian, Japanese, Chinese, etc., sections if they are fluent speakers and nationals of these countries) and will receive an excellent standard of education. The fees are a fraction of the price of other international options and the schools rank among France’s top state schools. However, competition for entry is fierce so it’s best to have a backup option.

What are the most surprising differences between schools in France and the UK?

For the expat in France, there are some surprises when it comes to school holidays, but once you get used to how the system works, your only worry will be to decide whether to spend your summers on the beaches of the rugged Atlantic or the French Riviera!

The French “Ministère de l’Education Nationale” or Ministry for Education fixes school holiday dates each year, and each part of the country is placed into one of three zones, known as Zones A, B and C. There are many websites, such as Vacances Scolaires, with a handy map to help you to find out which zone you’re in. French state schools will all follow these dates, and most of the international schools follow suit, though do check with your school to be sure.

There are five main school holidays in France, and something different happens at each.

Now you know what happens when, get your calendar, get your guidebook, and decide which part of France you’re going to head to for skiing or sunshine during the Vacances Scolaires this year!

Where can you find out more?

Children, especially younger children, are incredibly resilient and have a phenomenal ability to learn a language once immersed in the country and the culture. Your children will be fluent in French far quicker than you’ll believe (and far quicker than their parents will be!). There are plenty of options for your children’s education all over France, and in particular in France’s biggest cities.

Planning a move and need help with finding the right school for your children in France? Get in touch with AGS Movers today!

GET YOUR FREE QUOTE