While Singapore is undoubtedly a multicultural city, the capital proudly celebrates its Southeast Asian roots every year with the internationally acclaimed Hungry Ghost Festival. 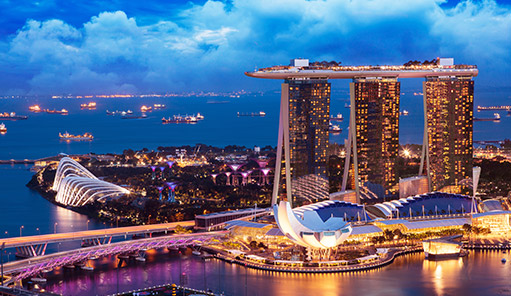 Like Americans, Singaporeans celebrate their ghosts once a year, during the Hungry Ghost Festival, also known as Zhong Yuan Jie (中元节).

According to tradition, the souls of the dead roam the earth and are likely to get up to mischief if ignored. To keep them in good spirits, the living present them with offerings over a two-week period in August (the seventh month of the lunar calendar).

During the festival, large metal containers are set up in various districts. The faithful burn wads of money and paper replicas of cars, watches, and jewellery to appease their deceased family members. Food offerings are also left on open-air altars, by the side of the road, or in trees.

A Buddhist and Taoist festival 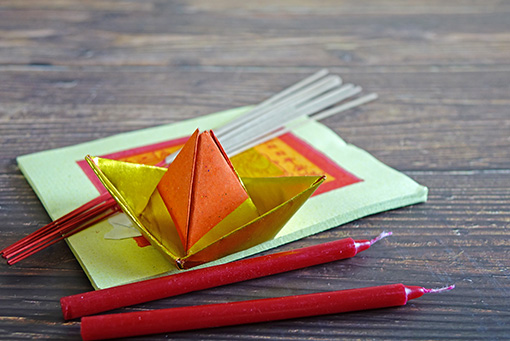 The Hungry Ghost Festival honours the memory of those who have passed away and should not be confused with the April QingMing 清明节 festival, during which the living clean the graves of the departed.

The festival, which is deeply rooted in Buddhist and Taoist culture, has its origins in a Taoist legend which claims that, during the seventh month, the gates of hell open and souls come to visit the living. According to Taoist and Buddhist beliefs, the dead descend to hell to face ten judgment courts before they can be released from their misdeeds and ascend to heaven. Those who are not yet able to advance remain in hell and visit the living during the seventh month.

The festival is organised around GeTai 歌台 performances (a mix of song, dance, and Chinese opera), aimed at the deceased. They feature stories of gods and goddesses, comedy of debauchery, as well as songs and dance presentations.

While the Hungry Ghost Festival is popular in Singapore, there are dozens of other annual festivals that showcase the city’s cultural diversity, including the Singapore Food Festival at the end of August.

Singapore is indeed one of the world’s largest multicultural hubs, where communities from India, Southeast Asia and other corners of the world converge. Various districts, like Chinatown, Little India, Arab Street, and Colonial District allow for a whirlwind world tour, intertwining various cuisines, religions, languages, architectures, and cultures. Covering an area of 700 km², Singapore is spread between the main island, Pulau Ujong, and 64 smaller islands. The city lies at the crossroads of maritime routes and multi-ethnic migrations which give it a unique identity. “Far from being a territory without flavour, Singapore is a city where it is easy to discover unusual places and exciting cultures,” emphasises Clément Fagon, AGS Movers Director for Asia.

The city is home to the world’s largest nocturnal zoo and a 35-metre-high artificial waterfall, the world’s largest, located in the Jewel Changi airport shopping complex. Singapore is also an outstanding culinary destination, with the highest concentration of Michelin-starred restaurants.

The “Switzerland of Asia” attracts expatriates

Described as one of the greenest cities in the world, Singapore is dotted with numerous parks and gardens that cover almost half of its land area. The city is home to a wealth of biodiverse nature reserves, such as Bukit Timah, which is said to contain more tree species in a single hectare than the total number of tree species found in North America.

Independent since 1965, the city-state is known as the Switzerland of Asia because of its high standard of living, security, cleanliness, and discipline. No wonder it attracts thousands of expatriates every year.

Many managers, financial directors and engineers move to Singapore. So do major international schools (such as ESSEC or INSEAD in France), which view the gateway to the Asian market as the ideal destination in which to develop new education platforms.

Need assistance to prepare for your expatriation to Singapore? Contact us!