Korea is on a winning streak among expatriates. Thanks to the meteoric rise of Korean pop culture, the country is set to become one of the most culturally influential in the world. 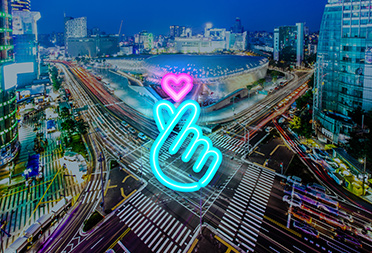 Even the New York Times was surprised by the series’ global success, which came just one year after the movie Parasite, by South Korean director Bong Joon-ho, won four Oscars and a Palme d’Or.

Paving the way for these triumphs of the big and small screen was K-pop, the uniquely Korean music genre that has now firmly secured its place on music charts worldwide. K-pop’s most famous representatives, the group BTS, were even invited to the UN to speak in support of sustainable development in 2021.

The overwhelming global success of films and series like Squid Game has sparked new interest in the Southeast Asian nation spurred millions around the world to learn the Korean language. The Duolingo app, which allows people to learn languages online, reported a 76% jump in registrations in Britain, and a 40% increase in the US in the two weeks after the series was released. In total, eight million people are now learning Korean on the platform. 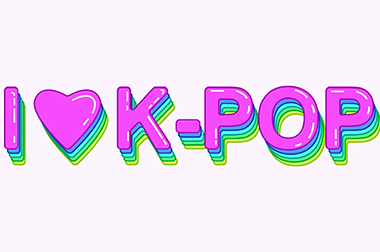 Soft power supported by the state since the 90s

Although this trend seems recent, its origins date back almost 30 years. Known locally as “Hallyu” (한류), literally “Korean wave”, the phenomenon is the result of South Korean government policy that promotes domestic arts abroad. Combined with the innovative promotion of celebrities and a dynamic fan culture, this strategy has shaken up the international entertainment market, positioning the Korean underdog as a competitor of dominant North American pop culture.

The first k-drama (Korean television series) to enjoy global attention was What is Love in the early 90s. However, it was in 1997 that the Korean government decided to diversify its economy and focus on culture. Affected by the Asian financial crisis, it sought an alternative to hard power (electronics and automobile industries).

The state invested heavily in the country’s entertainment industry, allocating more than 500 million dollars annually to the Ministry of Culture, Sports and Tourism for approximately a decade.

Korean culture became a tool for economic and diplomatic influence. So much so that the country, now the world’s 10th largest economy, has been invited to the G7 for the past three years.

According to the Korea Tourism Organization, more than 13% of tourists visited Korea in 2019 specifically to experience pop culture and attend fan events, with spending totalling 2.7 billion dollars.

While the pandemic has slowed expatriate settlement on Korean soil, numbers had been growing steadily and are expected to pick up again once the pandemic is over. The country’s foreign population had already passed one million in August 2007 and 2 million in June 2016. In 2019, the number of foreign nationals staying in the country exceeded 2.5 million for the first time.

“More than a cultural trend, Korean soft power is spreading throughout the world and making the Land of the Morning Calm an increasingly popular destination among foreign holiday makers and expatriates on long-term assignments,” emphasises Clément Fagon, MOBILITAS Director for Asia. “The younger generations who want to come and live in Asia are no longer necessarily betting on China or Singapore, which have become too expensive, but are turning to Korea, for which they now have plenty of cultural references.”

Key dates of the Korean Wave

Do you need advice to prepare for your expatriation to Korea? Contact us!