AGS France and AGS Madagascar recently participated in the delivery of a book donation by ADIFLOR to the Alliances françaises in Madagascar. 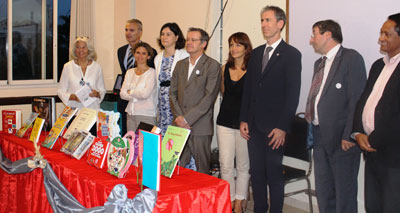 AGS, together with the Monaco Government, assisted with the transportation of the cargo from Le Havre to Antananarivo. The 11,000 books, which were distributed amongst the 29 French Alliances of the island, will fuel the thirst for learning from some 42,000 members of the Alliance Française network and thus promote the teaching of French and the development of schooling.