AGS Froesch Russia recently took part in the Wirtschaftsclub race, an event organised by a business club of German speakers living in Russia. 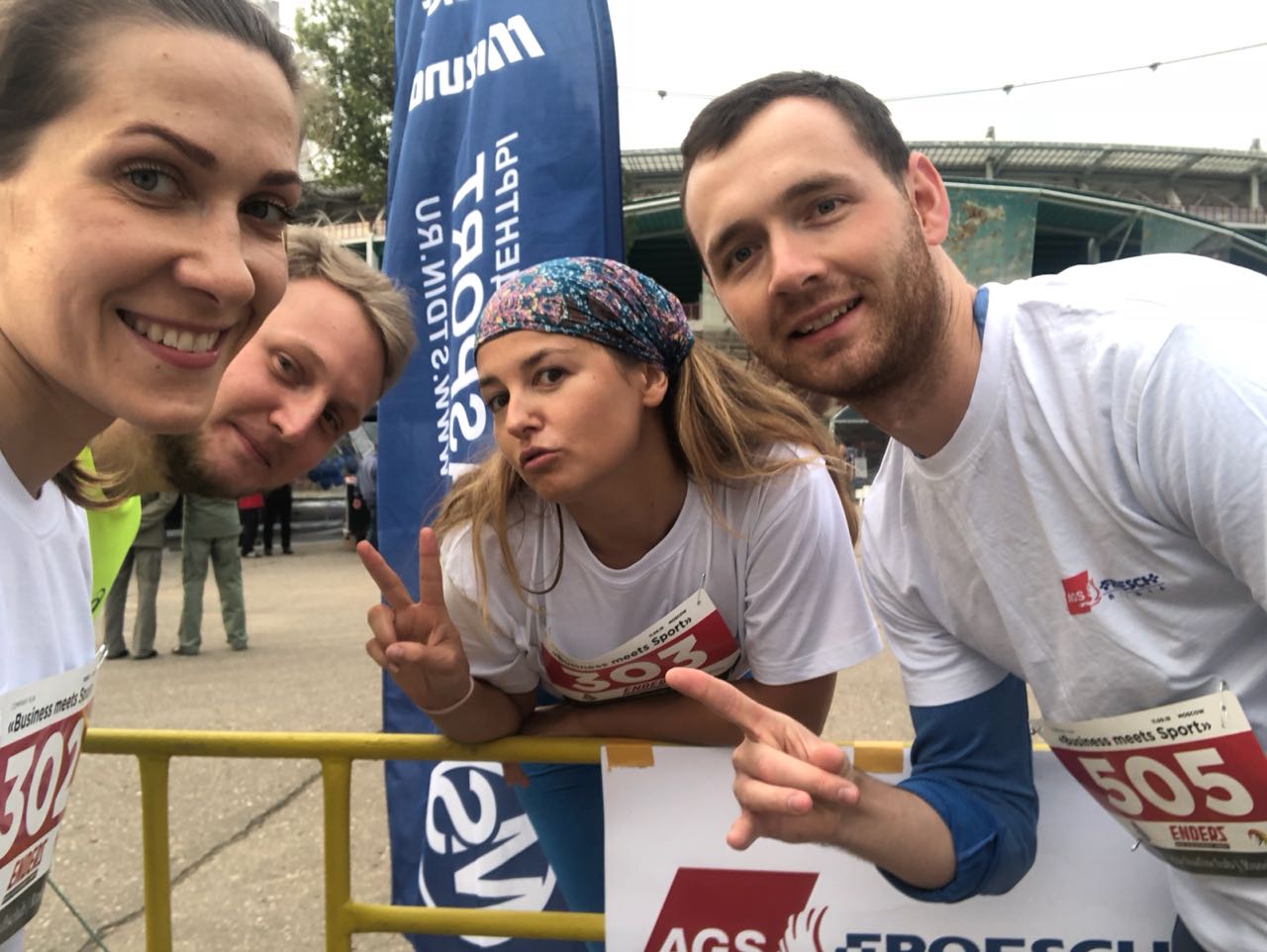 AGS Froesch Russia participated in the Wirtschaftsclub Company-Run in Russia on 11 September 2018. Two members of the Russian branch, Ivan Kirdyashev and Corneliu Leahu took part in, and won first (for the 3 kilometre run) and third place (for the 5 kilometre run), respectively. The event aims to provide an opportunity for personal and team-building skills.

The main goal of the Club is to develop business connections and to deepen relations in different spheres including science, education, culture and sport, as well as setting up and supporting interpersonal contact.

The race included three categories including; a 1 and 3 kilometre run which everyone could participate in, a 5 kilometre run for athletes and five 1 kilometre runs for relay teams. Personal and team ratings were based on smart algorithms taking sex and individual results of every participant into account. Modern technologies were also used for registration and tracking purposes. 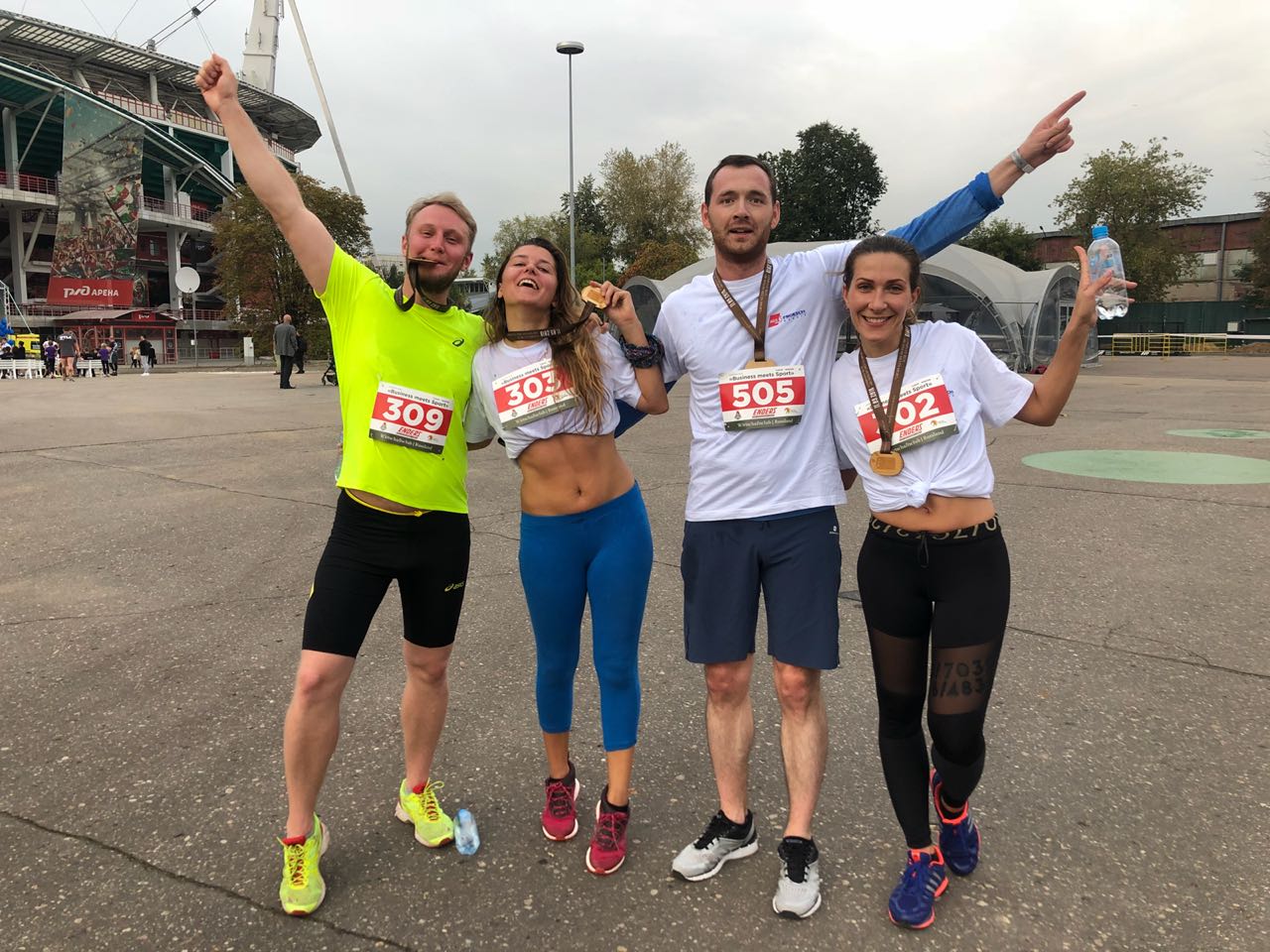 The event presented the ideal opportunity for AGS Froesch Russia to network and create sportsmanship and business opportunities with other companies. AGS Froesch Russia was proudly represented with a marketing booth where several branded gifts and flyers were handed to interested participants.

Around 10 other foreign companies also participated in the event which was followed by a dinner for participants. 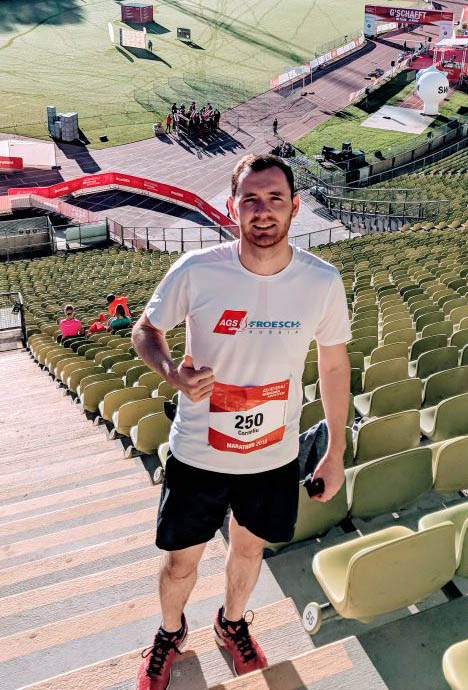 The Munich Marathon attracts thousands of high level international competitors and rates amongst one of the most popular marathons in the world. The race course takes runners past some of the most beautiful and scenic sights in Munich.

The Generali Munich Marathon finishes with a grand and unique experience – the final 300 metres of the race concludes with a grandstand finish in the Olympic Stadium. Corneliu proudly represented AGS Froesch Russia while wearing his branded tshirt.