The Republic of Croatia lies along the coast of the Adriatic Sea and is said to be the gateway to Eastern Europe. The country is magnificently diverse in terrain and climate. 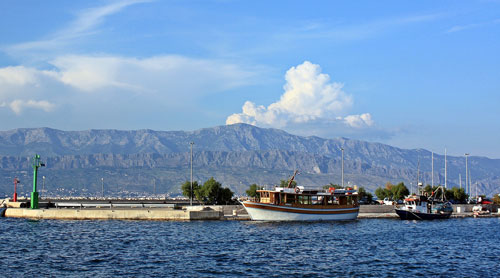 The Republic of Croatia lies along the coast of the Adriatic Sea and is said to be the gateway to Eastern Europe. The country is magnificently diverse in terrain and climate. This is evident from the rocky region and slopes of the Alps in the north, the rolling hills of the Pannonian Plain in the east, the Dinara mountain range in the central region and the 5,835 km Adriatic coastline in the south.

The population is estimated at 4.5 million people. The majority are Croats with Croatian being the official language. Minority groups include Serbs, Bosnians, Hungarians, Slovenes and Czechs. The majority of the population is Roman Catholic with smaller groups following Orthodox and other Christian denominations, as well as Islam.

The economy suffered much damage as a result of the war that broke out in 1991. However, in 2000 the tourism sector returned to its former glory. Credit-driven consumer spending, capital investments, increased tourism revenue and earnings by private companies contributed to year on year GDP increases and a decreasing unemployment rate. In 2005, European Union accession talks and a NATO membership helped attract foreign investment. However, certain state-owned industries still depend on government funding, thus diminishing the funds available for sectors such as education and technology. As with other countries, GDP growth has been affected as a result of the recent global financial crisis. However, in spite of this recent setback, Croatia’s future looks bright. The government has started doing away with certain non-tax fees on business, merging related government agencies and identifying and eradicating administrative obstacles to foreign investment.

Croatia became the 28th member of the European Union on 1 July 2013.